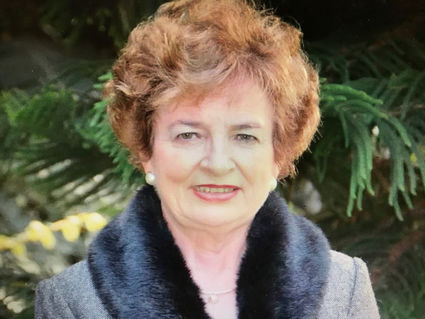 Ascension Murillo Zalba was born on May 22, 1941, in Erro, Navarra, Spain, to Julia Echamendi and Isidro Murillo. The youngest of eight siblings, Ascension's idyllic early years on her family's farm instilled in her a deep love of family, an incredible work ethic and a true artistic and lifelong appreciation for the beauty of nature.

At the age of 11, having demonstrated exceptional academic aptitude, Ascension left for boarding school in Pamplona, where her rigorous curriculum included Greek, Latin, French and English, and where she finished her formal education with highest marks and honors, and a teaching degree. While working as a teacher in Berroeta, Navarra, Ascension's striking beauty caught the eye of the young man who would soon become the love of her life, Pedro M. Zalba, and on Aug. 17, 1965, they married and commenced together the greatest and most rewarding adventure of their lives, the realization of their American dream of raising a family together in Wasco.

Ascension was active in numerous philanthropic and community organizations, including the Wasco Women's Club, the "Bo Peeps" Wool Growers Auxiliary and the Kern County Basque Club, of which she was an honorary life member. For many years she also taught Spanish and catechism at St. John's School, served as the school board treasurer, and otherwise provided innumerable hours of service to both the church and school, including hosting the annual altar boys' picnic for 15 years, translating Msgr. Riccomini's weekly sermons to Spanish, creating unique and beautiful handmade items for the annual Christmas bazaar, and volunteering in the classrooms and school library.

Ascension did this all while maintaining a beautiful and welcoming home, cooking exceptionally delicious Basque dinners every night, maintaining a wide and cherished circle of close friends, helping her husband with the accounting and banking side of his successful sheep business and raising four children, whom she indulged in all manner of extracurricular activities and sports, artistic and musical endeavors, and whom, by her example, she inspired to always strive to do their personal best and to be of service to others.

Over the summers, the family took frequent trips to visit their family in the Basque country, and Ascension used these opportunities to introduce her children to the great historical and artistic monuments of Europe. Once her children had grown, Ascension's love of art and nature inspired her to become a prolific painter, and she enjoyed spending many mornings tending to her beautiful rose and flower garden.

Ascension was preceded in death by her adoring husband, Pedro, with whom she shared 49 wonderful years of marriage until his death on July 11, 2014. Ascension is survived by her four children, who are eternally grateful for her selfless and tender motherly love, and who will forever remember her at the center of their fondest childhood memories: Frank John Zalba, Pedro Mari Zalba, Jr., Julia (Thomas) Seltz, and Mariana (Scott) Glovsky; her four grandchildren, Alyssa, Natalia, Xabi and Matthew, who delighted in spending time with their beloved "Ami," and for whom she will now act as a special guardian angel in heaven alongside "Api"; and her brothers and sisters in Spain, Aurelia, Julita, Pedro Mari and Martin Jose, who will always remember her as their affectionate youngest sister whose love of family and home never faded despite distances and time.

The Mass of the Resurrection was officiated by Father Raul Sanchez at St. John's Catholic Church on Dec. 19. A visitation was held on Dec. 18, including the recitation of the Holy Rosary at Peters Funeral Home Chapel in Wasco.

Please send condolences to the family and sign Ascension's guestbook at http://www.PetersFuneralHomes.com. 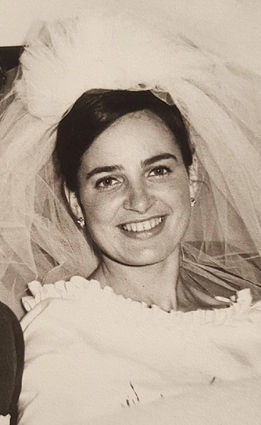